Nectar: Not only a plant’s affair!

This latest article for COST Action CA18201 (ConservePlants) focuses on a research topic of one of the Action’s communication managers; Marta Galloni, and her PhD Student Marta Barberis. A topic that Galloni (and her team) have been working on for some years now is literally and figuratively, quite sweet indeed, and perhaps not as simple and straightforward as we thought or were taught …

More specifically, if and how nectar quality and composition (in particular, specific amino acid content) affects pollinator preferences and behaviours. Another related question is whether pollinators themselves in turn affect nectar composition, and if so, how? Therefore, one of the topics Galloni and her team are currently working on concerns the role floral nectar quality plays in influencing pollinator behaviour, and as a result, its effect on plant reproductive success.

Nectar’s role is not simply a ‘reward’ or ‘incentive’ for insect visitors to pollinate plants they happen upon. It is in fact a far more complex affair, as researchers in recent decades have discovered. The concept that plants are somehow able to manipulate visitors in such a way as to enable the optimisation of pollen transfer to pollinators has been strengthened by such research. 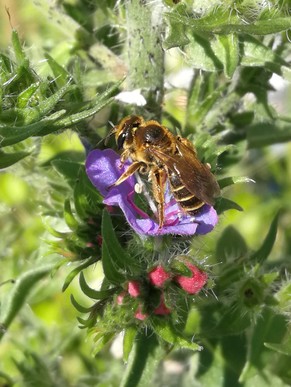 Galloni’s Lab first addressed such a topic after having stumbled upon bumblebees exhibiting sluggish behaviour after having visited Gentiana lutea flowers. (It is important to note that G. lutea is a species that is protected locally and by regional regulations in the Habitats Directive). Following such an observation, nectar composition was subsequently investigated. It was found that the nectar of G. lutea was particularly rich in a non-protein amino acid (b-alanine). As a result, it was hypothesized that b-alanine could play a role in determining nectar attractiveness, enhancing floral fidelity and/or influencing survival and muscular efforts. Results from another paper in fact suggests that the high consumption of non-protein amino-acids (NPAA) from nectar affects insect survival and locomotion. This is due to the transfer of such NPAAs to insect haemolymph. 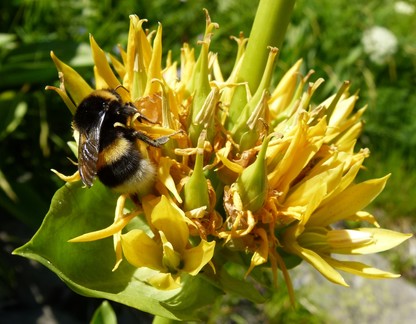 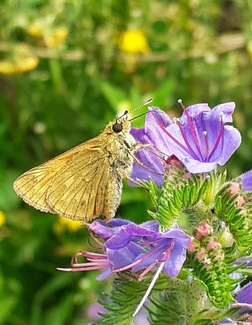 Despite many studies are investigating the topic with particular regard to secondary metabolites (i.e. alkaloids), the concept of partner manipulation may actually also concern the occurrence and/or concentration of primary metabolites in gender-biased nectar. This means that it is not only the nectar quality itself that matters, but also its distribution among the plant population and its sexually different floral stages. Several other questions have been further conceived as a result of such discoveries and are currently being addressed. Further reading on the topic may be found below: