Life on the Edge

Not all plants are used to having to literally cling on for dear life, in order to actually survive. Some species however, are particularly adapted to withstanding such conditions. One example is the critically endangered Maltese national plant, Cheirolophus crassifolius, more commonly known as the Maltese Rock-Centaury. Studies conducted by Giovanna Aronne (co-chair of COST Action CA18201 ConservePlants) and her team detail another coastal cliff species: the endangered Primula palinuri. This species however, is endemic to a stretch of a few kilometres of the National Park of Cilento, along the Southwestern coast of Italy. 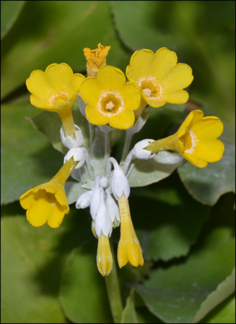 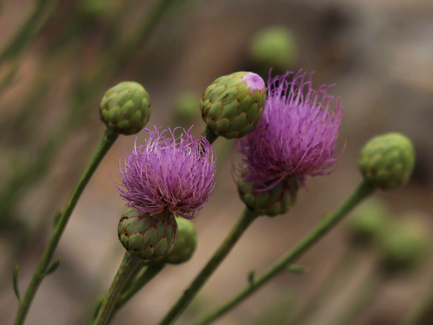 Giovanna and her team found that coastal cliff habitats have a far higher number of rare, endemic and relict species than are present in surrounding areas. This indicates that species present in such habitats are either exceedingly hard to come by (rare), only found in an area of a particular country (endemic), or are isolated survivors from the ice ages (relict). In 2014, they stated that this is due to geological, geomorphological and structural features of coastal cliffs worldwide.

In order to inhabit such areas, these species must be adapted to withstand a plethora of different stressors that come with the territory. Being exposed to wind and saline conditions, along with having to cope with anchorage on a vertical surface means that very few species possess adaptations to cope with such harsh abiotic conditions. Species must be able to regulate water uptake and storage, as well as defend against predation and being uprooted.

Along with climate change, abiotic conditions aren’t the only challenges flora face in coastal areas...human impact plays a great part in the rate and risk of their extinction. This is because certain detrimental interferences may reduce the habitat range of these plants, resulting in competitive exclusion

Cliff species therefore cannot be classified as solely halophytic, or xerophytic, since they are able to tolerate salt and drought, among other stressors! The bottom line is, cliff species are not specifically adapted to inhabit cliff environments, but are simply capable of tolerating a mixture of adverse conditions without being outcompeted as would be the case in more forgiving habitats.